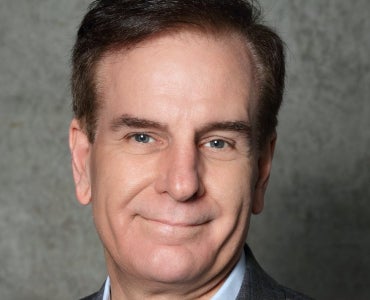 Torrance, CA. & Brisbane, Australia – February 4, 2019 – TRITIUM, a world leader in electric vehicle (EV) DC fast charging technology, has executed the next phase of its expansion in the Americas with the appointment of its first President for the region.  Cleantech industry veteran, Jeff Wolfe, has joined the company to drive strategic expansion and deployment of Tritium’s technology at a time when EV adoption is moving from niche toward mainstream.

In this newly-created role, Wolfe will drive business across the Americas with an initial focus on the United States. As a result, Tritium will help to move the US charging industry through a diverse and complex regulatory environment to create opportunities for expanded DC fast charging infrastructure in key states and industry verticals, including utilities, transport and infrastructure, government and retail.

“The Americas EV market is steadily developing, however industry continues to navigate challenges around infrastructure, and the limited ability to meet the needs of organizations and consumers with existing ‘Level 2’ chargers which cap charging speeds to 7kW,” said David Finn, Chief Executive Officer and Co-Founder, Tritium.  “Tritium is focused on eliminating this public anxiety by working as the technology partner of key industry stakeholders to build out rapid DC charging – known as ‘Level 3’, reflecting vastly improved speeds. Having already played a pivotal role in the transformation of the solar industry, Jeff brings to us experience that will be critical in achieving this goal, and our wider strategic expansion in the Americas. We are in a great position to transition the ‘gas station experience’ to the modern era.”

Commenting on his appointment, Wolfe said: “The EV market is growing quickly across North America as the electrification of transportation moves forward.  “Several factors will trigger the adoption surge. We already see an increased pull from legislators and regulators in many states who are creating programs, incentives, and regulatory realignment. Additionally, an influx of new vehicles will become available, increasing consumer choice and appeal. Finally, lower cost EVs will emerge, opening the market to new demographics. “These factors all combine to make the switch from gasoline-fuelled vehicles economically viable for most organizations and consumers. With its proven DC fast charging technology, backed by a strong company culture, Tritium has proven to be a prominent player in the transition to EVs.”

Wolfe joins Tritium with more than 20 years’ experience in the energy and cleantech industries. His special interest in climate-positive energy has seen him play a pivotal role in the solar sector through groSolar, a nationwide solar company which Wolfe founded in 1998. Throughout his career, Wolfe has also held senior leadership roles at Just Energy and Shell. Wolfe’s appointment follows a series of major milestones for Tritium in the US. In February 2017, Tritium opened its first office – which doubles as a research and development (R&D) center – in the US in Torrance, California, and has since grown to a team of 20 across the nation and to more than 300 globally.

In 2018, Gilbarco Veeder-Root, a Fortive Corporation (“Fortive”) (NYSE: FTV) business, took a minority investment in Tritium. The investment will be enable Tritium to accelerate a number of strategic activities, including operational expansion in Europe and the US.
Tritium’s proactive investments in the US have been recognized by various government offices, which has led to significant working relationships with those departments.

About Tritium
Tritium is a technology company specialising in the design and manufacture of DC fast-charging solutions for electric vehicles (EV). Established in 2001 to provide power-electronic systems and battery energy-storage applications, it has, since the launch of its first DC fast charger in 2014, become one of Australia’s fastest-growing companies. In just four years Tritium has developed into a leading global DC fast charging supplier, with installations in 26 countries, and it currently holds around 50% of the Norwegian market and around 15% of the wider European market for 50kW fast chargers. Customers include Charge.net.nz, EDF Lumins, Fortum, Grønn Kontakt, IONITY and Stromnetz. Tritium’s HQ and main manufacturing plant is in Brisbane, Australia, with additional sales and manufacturing facilities in its two key markets of Europe and the US.
For more, visit WWW.TRITIUM.COM.AU.