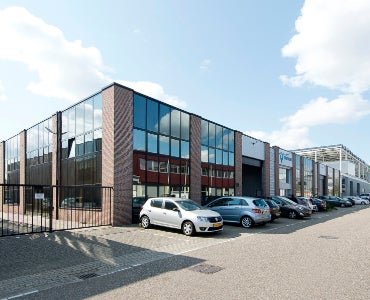 Amsterdam, NL, October 16, 2019 – Tritium, a world leader in electric vehicle (EV) DC fast charging technology, has announced a series of appointments to its European team in response to increased demand for fast and high-power charging across the continent.

Manuel Fernandes has been appointed President for Tritium Europe. Fernandes has been with Tritium since 2014, when the company launched its world-leading Veefil RT 50kW DC Fast Charger. As president, his role will be to set the strategic direction of Tritium’s European operations.

“Manuel has led the establishment of Tritium within Europe since 2014 and has been working in the industry since 2010, so he has great industry insight and understands well how Tritium can best help our customers achieve success in their businesses,” said David Finn, CEO and co-founder, Tritium. “Europe has been a very strong market for Tritium, with the IONITY partnership and our large installation base throughout the Nordics and the UK. Given Manuel’s contribution to our success here, he is the natural choice to lead Tritium’s future growth across the continent.”

Tritium also announced it has appointed Iván Soto to the role of Sales Director Europe, and Chris Joor as a Procurement Officer for the EU region.

Soto brings more than a decade of experience in sales roles in Europe to his role at Tritium, where he will be responsible for managing the sales teams across the continent.  He was most recently with CIRCONTROL where he held a number of roles including sales manager of eMobility.

Joor joins Tritium with nearly 20 years of experience from Yamaha, where he was a senior buyer for nearly nine years.

The announcement was made at the eMove 360 conference in Munich.

“The market is maturing across Europe and we are seeing an increase in interest in electric vehicle charging infrastructure,” said Fernandes. “This year we opened the TRITIUM E-MOBILITY INNOVATION CENTRE in Amsterdam to cater to this growth, and we will continue to add to our team to meet the market while continually innovating to stay ahead of it.

“Ivan and Chris are welcome and experienced additions to our team, and they will help us grow our sales pipeline in new markets where electric vehicles are beginning to become more commonplace.”

Tritium continues to see exceptional growth across Europe which to date has proven to be the biggest market for the company globally. This year alone, the company has announced:

Last year, Gilbarco Veeder-Root MADE A MINORITY INVESTMENT IN TRITIUM. The investment has since enabled Tritium to accelerate a number of strategic activities, including operational expansion in Europe and the opening of its TRITIUM E-MOBILITY INNOVATION CENTRE in Amsterdam earlier this year, which allows OEMs to test vehicles for DC fast-and high-power charger interoperability.

“Since we opened our Innovation Centre in February, more than 20 automotive manufacturers have tested their vehicles for interoperability and ease of use,” said Fernandes. “We continue to innovate in charging infrastructure and we pride ourselves on working closely with the industry, the utilities sector and automotive manufacturers to ensure customers are provided with the best in class technology and service they deserve.”